Abi Daré, THE GIRL WITH THE LOUDING VOICE 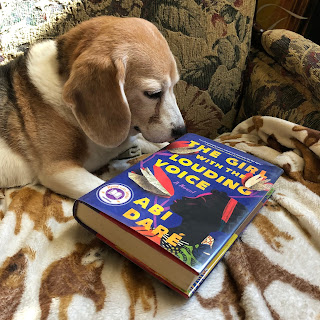 A strong and poignant debut set in Nigeria in around 2015, about Adunni, a fourteen-year-old Nigerian woman, married off by her father to be a third wife to an old man. Adunni only wants to go to school, maybe even become a teacher to help improve the lot of other young women, but she is trapped in what appears to be an inescapable cycle of abuse and poverty.

Somewhat as in the novel THESE IS MY WORDS, language is central to the narrator's self-actualization and empowerment. Adunni's language (the novel is told in first person) is at first broken and uncertain--though her observations are apt: "Papa like to be sitting in front of the fan in the evening ... drinking from the bottle that have become his wife since Mama have dead." But gradually, Adunni's language gains assurance and skill, as she learns about the world and finds a place for herself in it, eventually writing her way into a better, happier situation. A quick, satisfying read, and I'm looking forward to talking about it at my book club.

First lines: "This morning, Papa call me inside the parlor. He was sitting inside the sofa with no cushion and looking me. Papa have this way of looking me one kind. As if he wants to be flogging me for no reason, as if I am carrying shit inside my cheeks and when I open mouth to talk, the whole place be smelling of it."